Last weekend, I made a map.  It sort of went viral 🙂

T-Shirts and other products are available on Redbubble.com 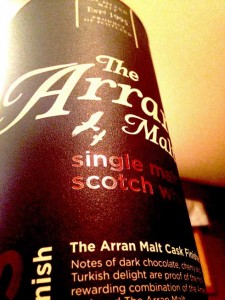 The Arran Amarone Cask is the most unique cask finish I've had yet, and most certainly the one I've most enjoyed.

A sharp departure from luscious sherry finishes, Arran has instead aged this malt in barrels that previously held Amarone, a dry Italian wine made from partially dried grapes.

I drank this bottle far too fast, although I did invite some guys over to share it. Normally, I don't pay much attention to the color of whisky, but this pours a really beautiful rose pink.

It smells like heaven, if heaven were made of marzipan, raisin cake and dark chocolate. I get a lot of stone fruit and raspberry on the first taste, but with time, dry roasted cocoa comes creeping back in. Fantastic, and finishes well too, with just a hint of earth and bitterness. 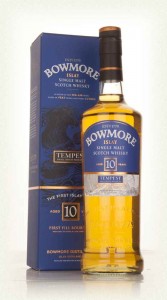 Had a glass of Bowmore Tempest at a tasting hosted by Davidson's Liquor in Denver.

For some reason, in the US this bottle is called Dorus Mor, Gaelic for 'rough wild water.' Everywhere else, they are content to call it Tempest. I can only imagine that Bowmore thinks Yanks are easily swayed by a bit of exotic language.

I wasn't. After a half dozen sniffs, I could only confirm that it had started life as grain and ended as booze. Anything else was lost. Of course, this is a cask strength scotch with high alcohol content, which always makes it harder for me to get anything meaningful from the smell.

I took a sip, hoping it would improve. For me, the Bowmore opened with nail varnish, but grapefruit and dandelion are close behind, battling all the way to a finish that is mouth puckeringly astringent.

They'd have been better off using the barley to make a Triscuit.

My best friend and separated-at-birth brother Tony Hobelman has been running Imperial Assault for a small group of guys.

Despite being soundly trounced in the first mission and narrowly escaping becoming cat food in the second, we are having a blast. So much so that I’m considering transforming the 90’s game Dark Forces into an Imperial Assault campaign. Kyle Katarn and Jan Ors would make appearances as new heroes, and there would be new weapons and enemies aplenty. 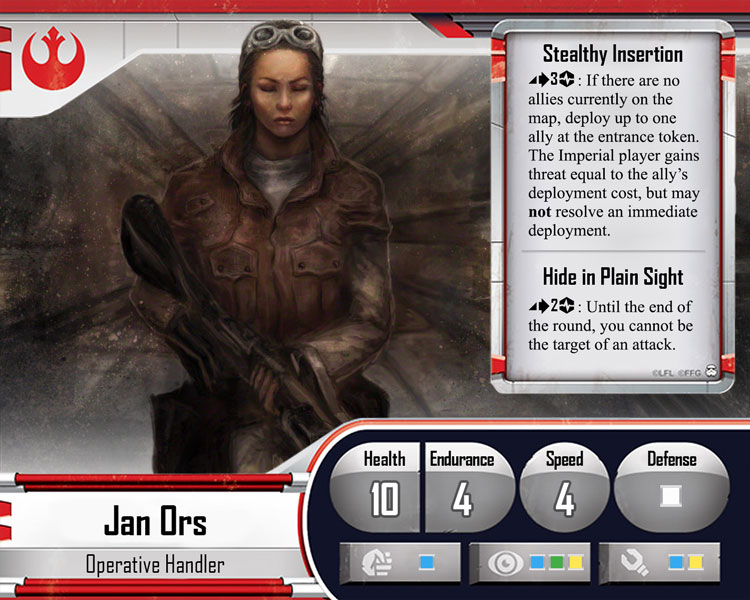 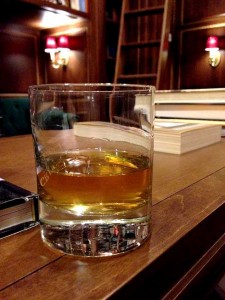 In the original novels by Ian Fleming, James Bond drank Scotch. And he didn't need to bother giving a speech on how to serve it, because he mostly drank it neat.

When I enjoyed a dram of Talisker 10 at the Broadmoor, I felt my own inner Sean Connery begin to show. Right off the start, you get the perfect blend of peaty smoke and Scottish sea air. Far from overpowering, the smoke recedes to let fresh apple through. As I took my first sip, I was transported cliffside, sitting on the hood of my Aston Martin. The initial punch is volcanic and brine-sweet with a kick of iodine. It finishes earthy and calls you back for one more glass. 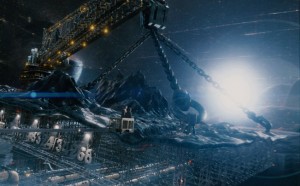 I’m guest blogging at Fictorians this week, talking about tools that you can use to create the world your story inhabits.  From the post:

If you’re writing a science fiction, the tools below can help you populate your vast universe with solar systems for your characters to explore. For fantasy, these tools can provide the scientific backing for far stranger worlds than Tolkien imagined.

Go check it out!

Scotch Saturday – Weekly on JDB, because whisky is a fantastical, magical creation.

My own odd obsession is cask finishing. Unlike American bourbon, which by law can only be aged in new oak barrels, Scotch is often aged in used barrels. Most commonly, Scotch makers use casks that previously held sherry, a sweet fortified wine. Over time, that flavor comes back out of the oak, adding depth and smoothness to scotch. Less often there are more exotic options…  Like RUM!

The alchemists at Balvenie took whisky that had already aged for 14 years, and transferred it to empty rum barrels to make the Balvenie Caribbean Cask. My wife bought me a bottle for Christmas, and I loved it to the very last drop. The rum is strongest in the aroma, bringing out some great allspice notes amongst the typical Balvenie vanilla and caramel. The taste is smooooooth, honeyed orange, stone fruits and just a hint of molasses. My only complaint is the finish, which can be both burning and cloying. I found that a few drops of water and a fifteen minute wait helped.

I’m grateful to Kevin Ikenberry, who introduced me to Superstars,  for tagging me in this blog tour on writing process.  To see Kevin’s entry into this blog tour, visit the link above.  You’ll also find links to previous tours on these thought-provoking questions.

What are you working on now?

I’ve just finished a fantasy novel that evokes both Caribbean and Aztec themes.

Seacaster is the story of a young man at war with the magic coursing through his veins.  Transformed by magic and enslaved on a distant island, Fike must choose between saving the girl who is his last link to home, or saving the last of his humanity.

Fike signs aboard a merchant ship to make a new name for himself and impress Tiyan, the captain’s daughter.  Days from port, they are enslaved by pirates who expose Fike to a magic that begins to change him into living coral.  Fike and Tiyan are ripped apart when he is sold to the king of the embattled island nation of Cahuatlan.  Fike battles the magic within him, finding that every use deepens his change and leaves him less recognizable.  As the island erupts into civil war, Fike must choose between using his new power to save Tiyan or saving himself.

How does your work differ from others of the genre?

Saladin Ahmed and Elizabeth Bear and Daniel Abraham have all written wonderful books that explore fantasy from a non-European view.

What I hope to add is intimacy.  I love Epic Fantasy with a capital E, and I love Science Fiction’s often grand sweeping scope, but the stories which captivate me most are smaller, more personal.  My heroes won’t save the world.  They’ll be lucky to save themselves.  Their goals are personal rather than global.  A close, intimate point of view is what I am striving for in my work, and I hope that I can bring a little different perspective to a genre that often fills the pages with endless characters, but never really dives deep with one.

All that said, I agree with Solomon that there is nothing new under the sun.  All of this is simply discovering and putting my own spin on what has come before.

Why do I write what I do?

As a kid, I remember reading books like A Wrinkle in Time, Phantom Tollbooth, and the Hobbit.  Those books captured my sense of wonder, of adventure.  I didn’t always understand them (L’Engle’s tesseracts were beyond me, and I admit to occasionally skipping Tolkien’s dwarven songs) but I was drawn in by them.  I’ve since discovered that a book that can recreate that wonder is a rare thing, but it still happens.

I want to write the kind books that my younger self would fall in love with.  I want my readers to disappear into a world and become friends with the characters and be a little sad when the adventure ends.

Science Fiction and Fantasy have great potential to tell stories that explore what it means to be human, by taking us out of the our current reality and putting us somewhere else.  Ultimately, I want to write and read stories that both entertain and move me.

How does my writing process work? 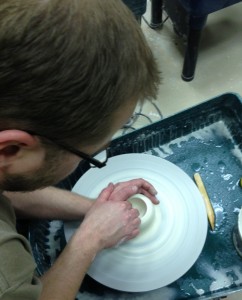 My writing process is itself a work in progress

In years past, I would write a chapter and then polish obsessively, make it as good as possible before moving on.  When done, I would have several brilliant chapters and an unfinished books.

To finish Seacaster, I had to live out Anne Lamott’s advice.  I have to turn off the internal editor, allow the words to flow, and let the first draft be a steaming pile which can be fixed once the entire thing is done.

I always start with an idea, some hook that snags my imagination and carries my brain along.    I develop that, adding notes, generating characters, worldbuilding until I have enough for a rough idea of where the story could go.  Then I create the outline, using scene and sequel to build a plotline.  Each scene or sequel is small, comprised of a specific goal or a problem to react to.  When the outline is done, I prewrite each scene, describing in a few paragraphs what needs to happen.

Then I write.  This is done with chocolate and coffee and occasionally stronger elixirs still.  I’m not sure why the words flow like Niagara some days and like the Jostedalsbreen Glacier on others, but I suspect it has to do with the phase of the moon.

Next up: author Kaylynn Hills

Being cousins, Kaylynn and I have a shared pool of ridiculous family stories to draw upon.  Kaylynn is a brilliant writer and linguist and I’m quite lucky to be able to bounce around ideas with her.

A lover of words, syntax, and phonetics, Kaylynn is a linguist at heart, which has a significant impact on her writing.  She is currently a graduate student earning her M.F.A. in Creative Writing, and is boldly determined to weasel her way into the book publishing industry one day.  Her genres of choice are fantasy, realistic fiction, and some science fiction (but she’s picky), as well as a sprinkling of horror and metafiction.  She enjoys writing about people and what she thinks is inside their minds, as well as badass magic things and dragons as pets.

For now, she is a Professional Office Lackey and Administrative Hireling.  When away from her Desk of Stupefaction, she can be found hunting for French pastries, teaching herself the violin, or of course, writing.  She is embarrassed to admit that she likes animals more than most humans, and her biggest fear is anesthesia.

Surprisingly, Kaylynn did not grow up as a ravenous reader, as most writers supposedly do.  While she loved books, she was also an exuberant child, incapable of sitting down or shutting up for too long a period.  When she was 17, she worked the graveyard shift in a haunted book warehouse and was, on several occasions, accosted by a biography of Cary Grant which flew off the shelf.  And so came about the revelation that books are far more interesting that she had previously imagined, as well as the words inside them.  However, it wasn’t until her freshman year of college when she realized her creative potential and made the dubious decision to “become a writer.”  She has not yet regretted it.

You can find Kaylynn online at http://finefrenchfrippery.wordpress.com/

Go and read this right now.

This is the best article about procrastination I’ve ever seen, and the follow up post on How to beat it is just as good.

What is so powerful is that the author ruthlessly NAMES the issues and gives you a whole new vocab to use when dealing with your own procrastination.  Highly recommended. 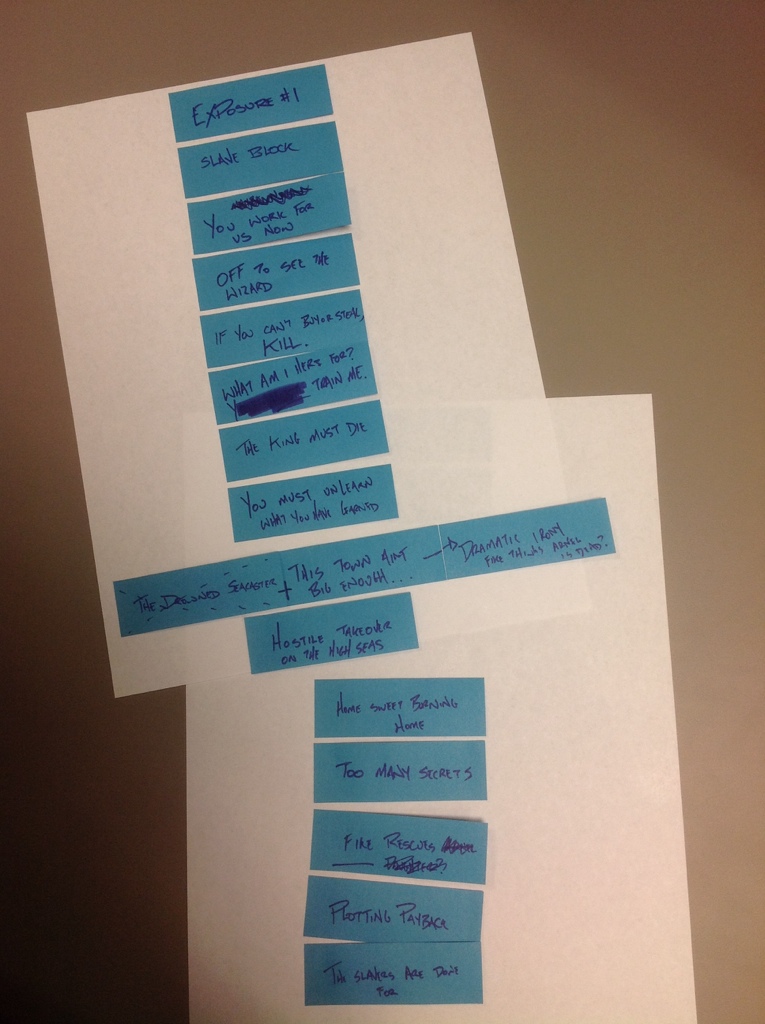