The Great and Powerful Hollywood Formula

As a writing group, we’ve been talking lately about the “Hollywood Formula” storytelling tool and how to use it to make our stories better. I’ll admit to being very suspicious of formulas, especially where fiction is concerned. To me it has always smacked of cookie cutter stories with no heart.

But I’m always willing to learn something new. So I’ve been using some of the Hollywood Formula questions (more on those later) and have been finding that they help. I’ve started to think of the Formula less as an exact blueprint and more as a series of prompts, a guide to greater emotional impact.

I came out of watching ‘Oz The Great and Powerful’ this weekend ready to walk away from the Hollywood Formula forever.

We’ve got a lot of ground to cover! There’s three acts, you know?

Let me explain first that there seem to be two minds about this movie. Some reviewers love it while others call it “soulless.” In my theater we had both views. I didn’t enjoy it but a good number of people around me were laughing. I can only imagine this was their first movie, otherwise they would have noticed that the characters and dialog had been cribbed from other, better films.

The main problem with ‘Oz’ is that it wants emotional impact but doesn’t want to work for it. Along the way, the characters aren’t given enough struggle, enough depth, enough sacrifice to make us care for them. Ultimately, the movie is paint by numbers. The “huckster who becomes a hero” story plays out exactly as it does in every other movie that uses the trope. Disney showed no willingness to inject any new magic or originality into that plot. In fact, the most interesting thing in the story are the villains, who get more creative thought between the two of them than the rest of the movie combined. 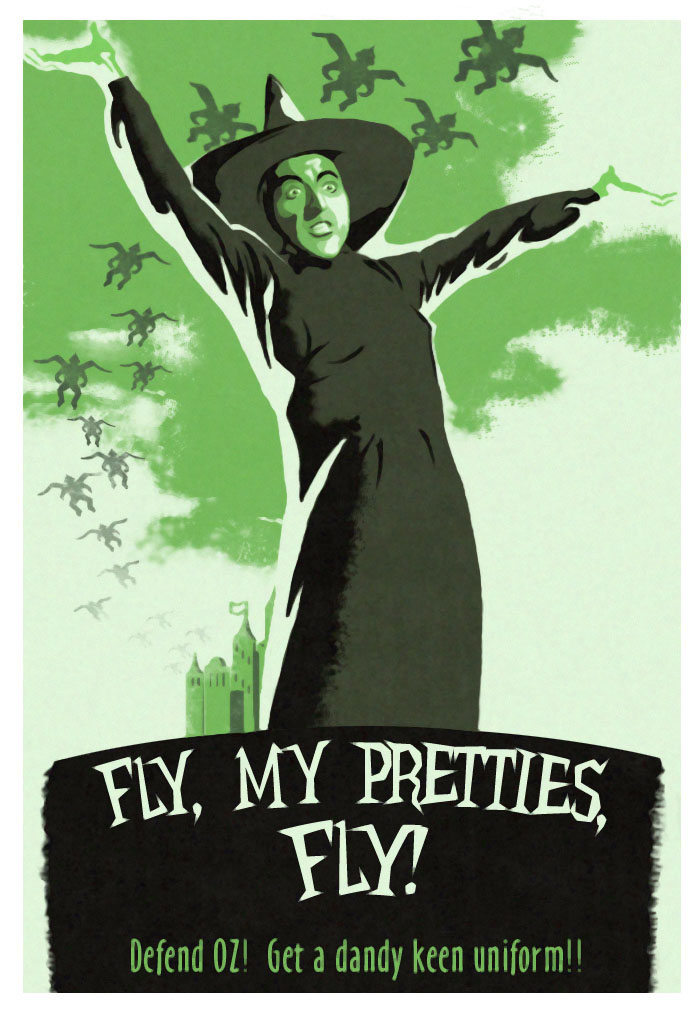 She seems interesting. I hope she wins.

By the end of the movie, I was rooting for the witches, because at least I could sympathize with them. The final scene in the movie is particularly flat, with Oz giving an impassioned speech about how his friend the flying monkey was loyal when all others abandoned him. Maybe if the scenes of misunderstanding and loyalty had more lasting impact than a Tic Tac, I would have cared more.

So, I walked out disgusted with Hollywood. But I realized that the problem with ‘Oz’ isn’t the Hollywood Formula, it’s poor execution. One of the key points of the Hollywood Formula is that the protagonist needs to have a goal that is compelling and concrete. James Franco’s Oscar Diggs wants to be “a great man, not a good man.” That’s certainly not concrete, and as we watch Franco settle for gold or for girls, we realize that he isn’t even all that committed to his goals. If he can’t be bothered to care about them, why should we?

The Hollywood Formula also separates the story into three acts with distinct beats. Oz hits all of these beats, but perfunctorily, because they are required, not in any way that builds the characters. The movie is more than two hours long, but spends that time on visual candy.

I think the lesson for writers is this: The Hollywood Formula is not a series of boxes to be ticked. It’s a helpful set of questions, but you as the writer have to own the answers.

I can only hope that Disney’s treatment of the new Star Wars movie is more careful. If it is anything like this Oz, it will be devoid of story and instead be a glitzy CGI showcase calculated to rake in the most money from the widest possible demographic.