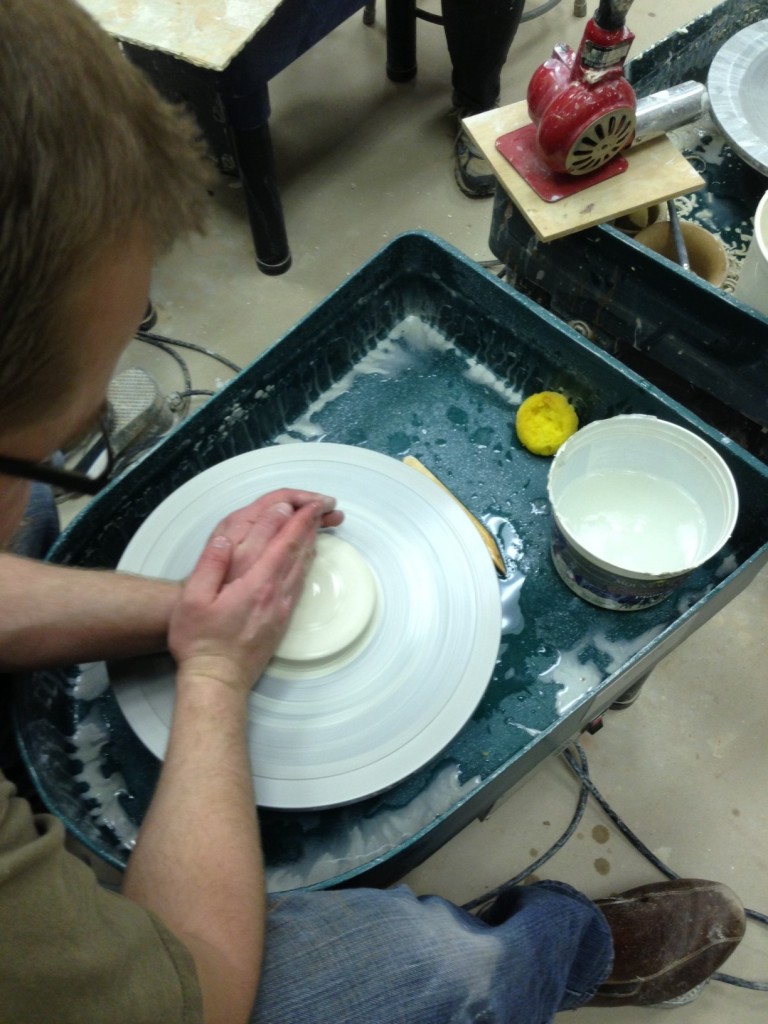 Center. Get it on the wheel, get it moving fast and put a lot of pressure on it. You want to make sure that you get balance, because the next steps will fall apart if you wobble here. 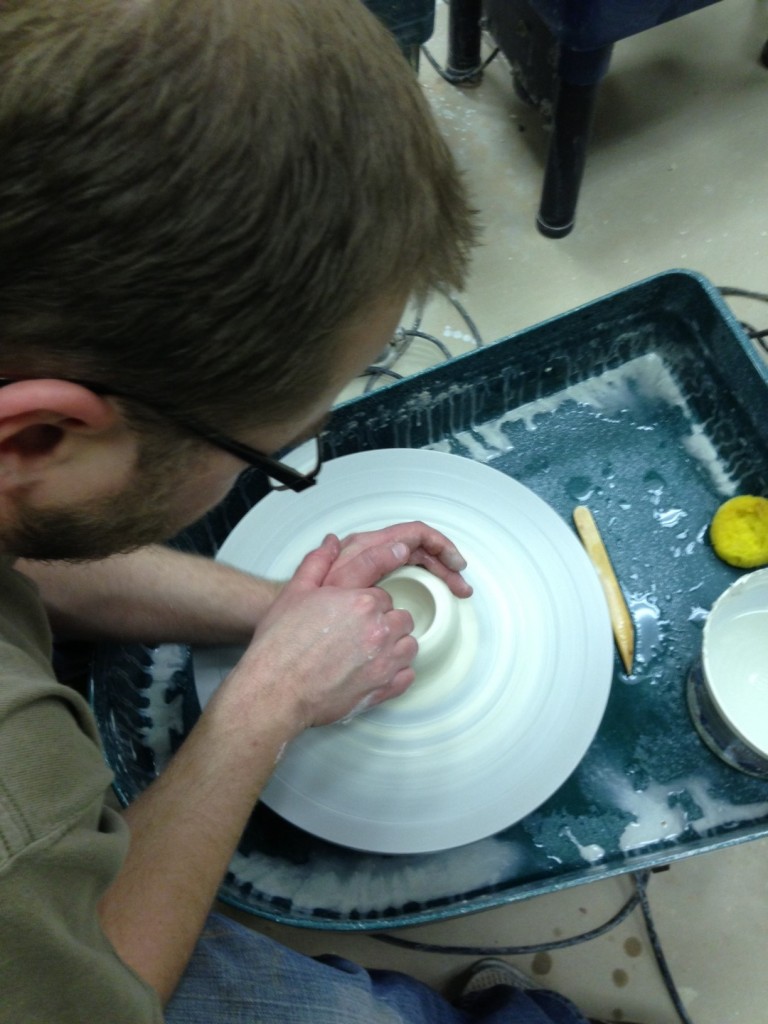 Drill into the piece, creating the central structure. 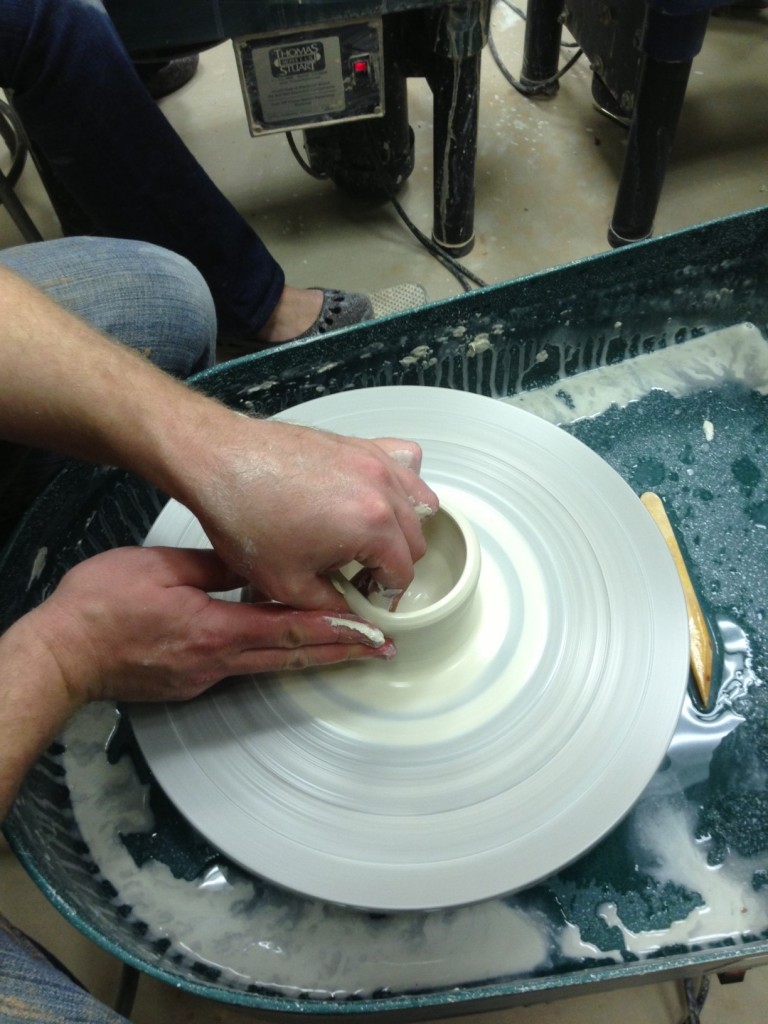 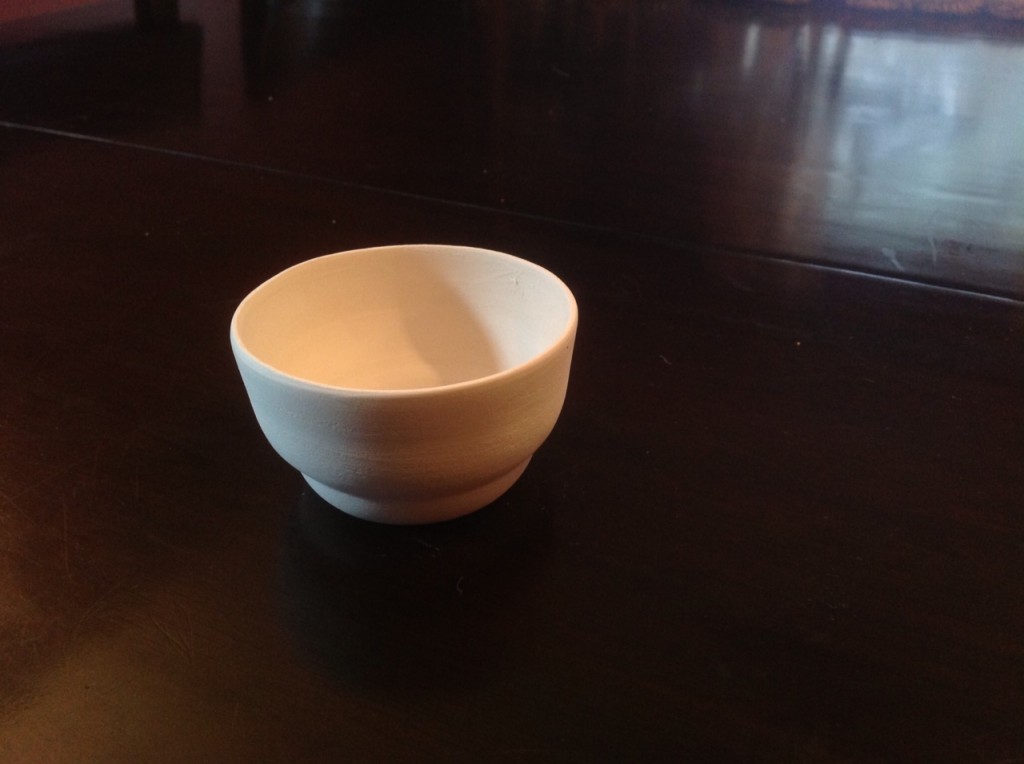 First firing. Your first glimpse of how the piece reacts to heat. Potential for cracking or shrinking. 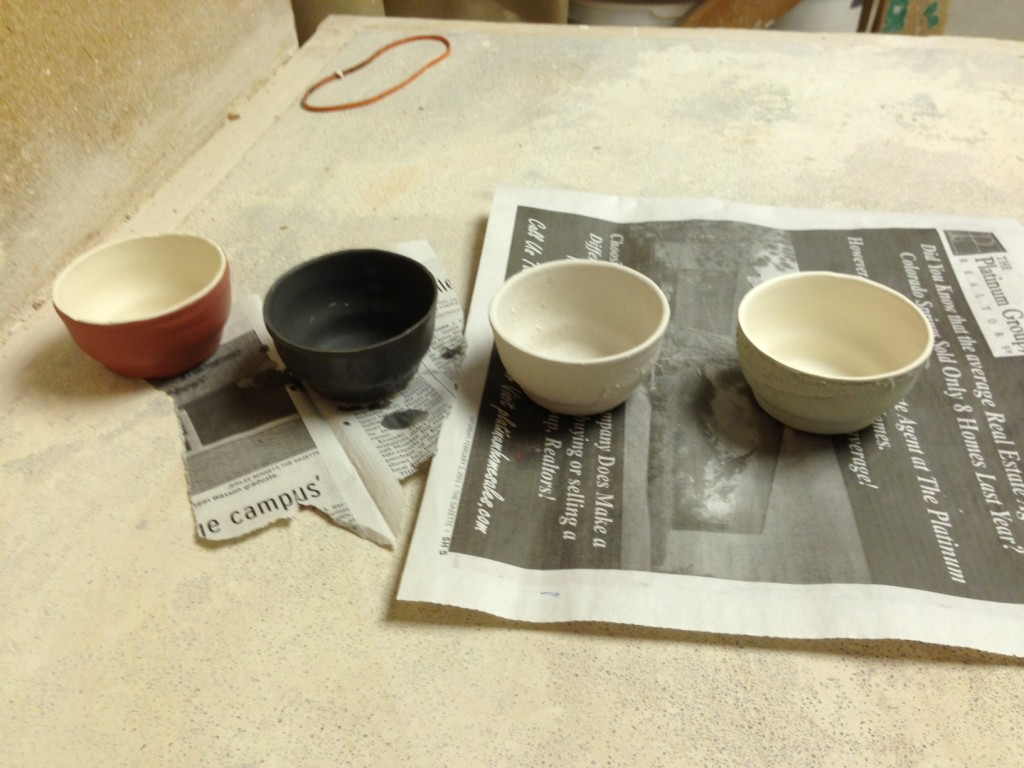 Glaze. Put the finishing touches on it and send it back into the kiln for another firing.

This is our second year taking pottery classes.  The wonderful (and frustrating) thing about pottery is all the steps you take to get to a finished product.

Wonderful, because at each step you get to make decisions about a very tangible and real physical shape that you are making.

Frustrating because at any of those stages, something can and often will go wrong.  There are lots of “learning opportunities.”  Your piece could develop an air bubble as you center.  You could collapse the whole thing as you do your first lift.  It could deform as you take it off the wheel.  It could crack in the bisque firing.  Another student’s piece could explode in the kiln, destroying your masterpiece with shotgun clay fragments.  The glaze could come out all wrong, and you are back to square one.

As I go to class, I’ve been comparing pottery and writing.  Thankfully, writing is different in a lot of ways.  It’s far less final than clay, and you can always go back and fix something before it goes out to the next publisher.  But I’ve also been seeing some of these pottery stages in my writing.

Of course, after that comes the hard part.  Submit, and as Heinlein says, write something else.