Rachel asked me last night if the background picture was from Israel.

It is indeed. While we were there, we went to a site called Beit She’an. At the top of the site  they had a scale model of how it would have looked in its prime. Something about that model captured my imagination. I was able to see the city all laid out in miniature beforehand. After that, as I walked through the ruins, my imagination brought to life the tall walls, the people shouting and selling wares on the main road, the smells of first century life.

Try it with me. Look at the pictures below and think of a young boy, Gaius, running through the streets carrying a message. He knows that if he delivers it quickly he’ll get an extra sesterce. Imagine that the message is for a family in the city, bringing news of a visitor coming that night to their home. Some in the family will greet this news with joy, while others will curse the fates and try to send the boy away without payment. Let your creativity take over, and try to imagine who this visitor is that provokes such different reactions. How will the family prepare? 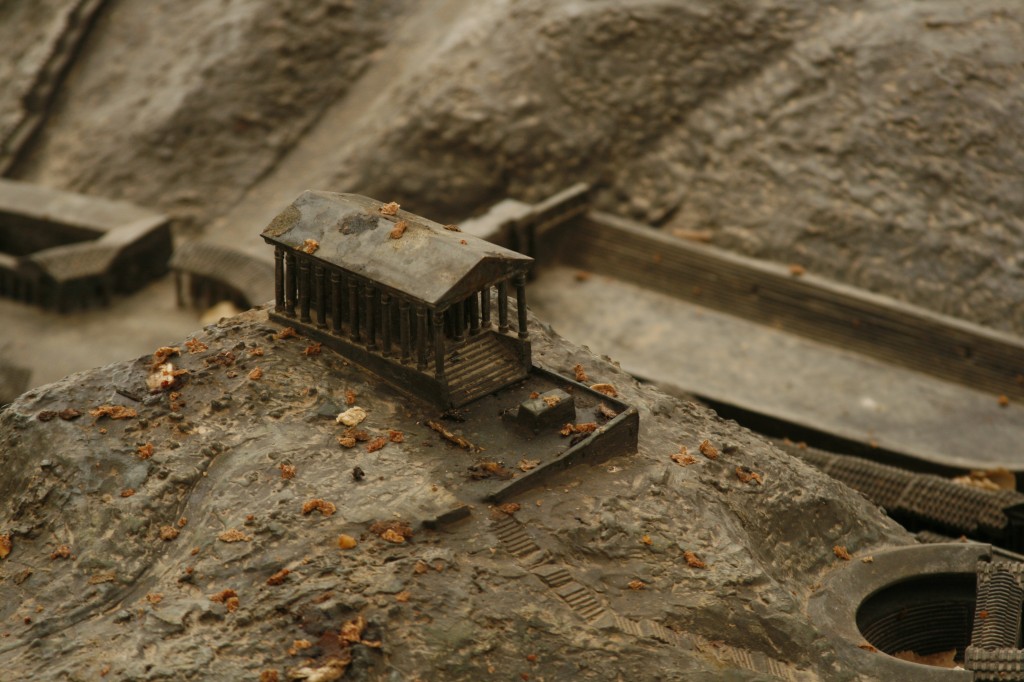 The temple on the hill. 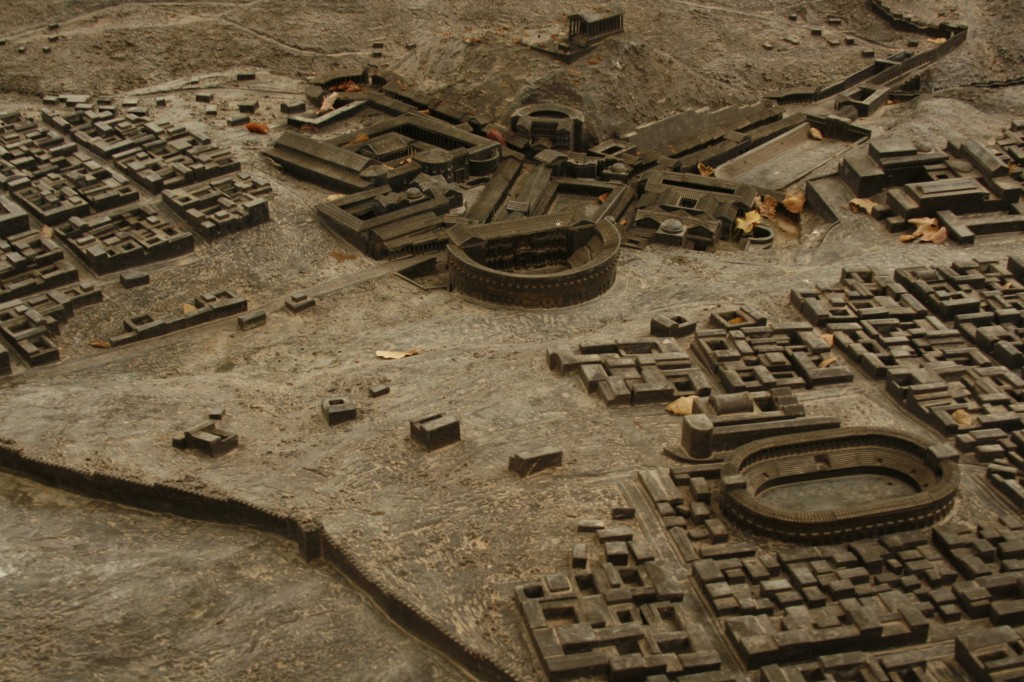 The city from a distance 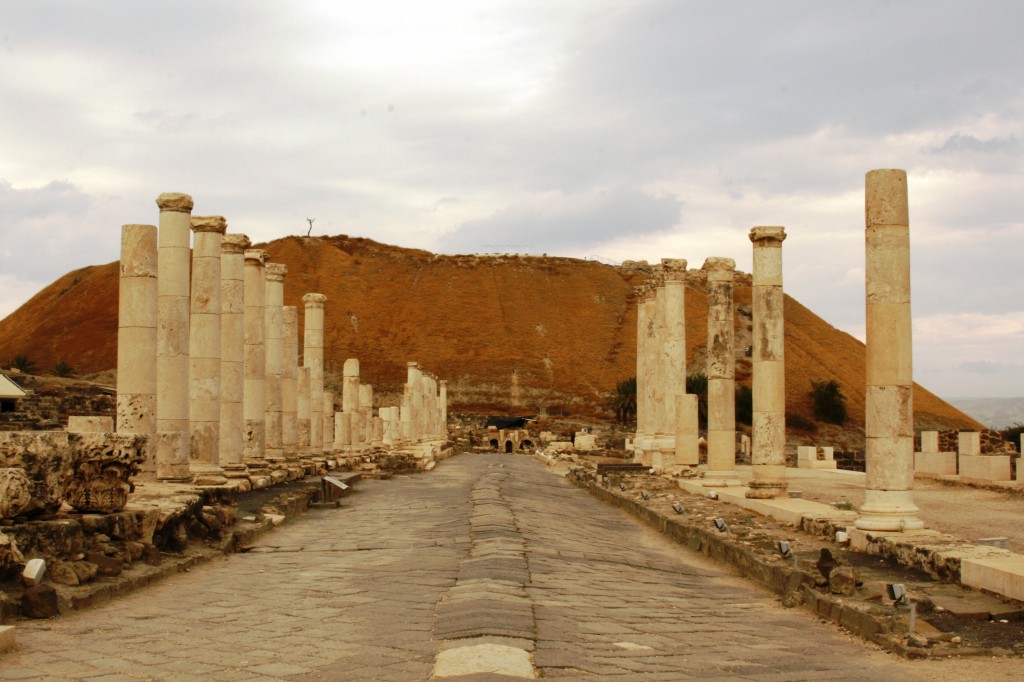 The main colonnade. The temple ought to be on top of that hill, but was torn down centuries ago 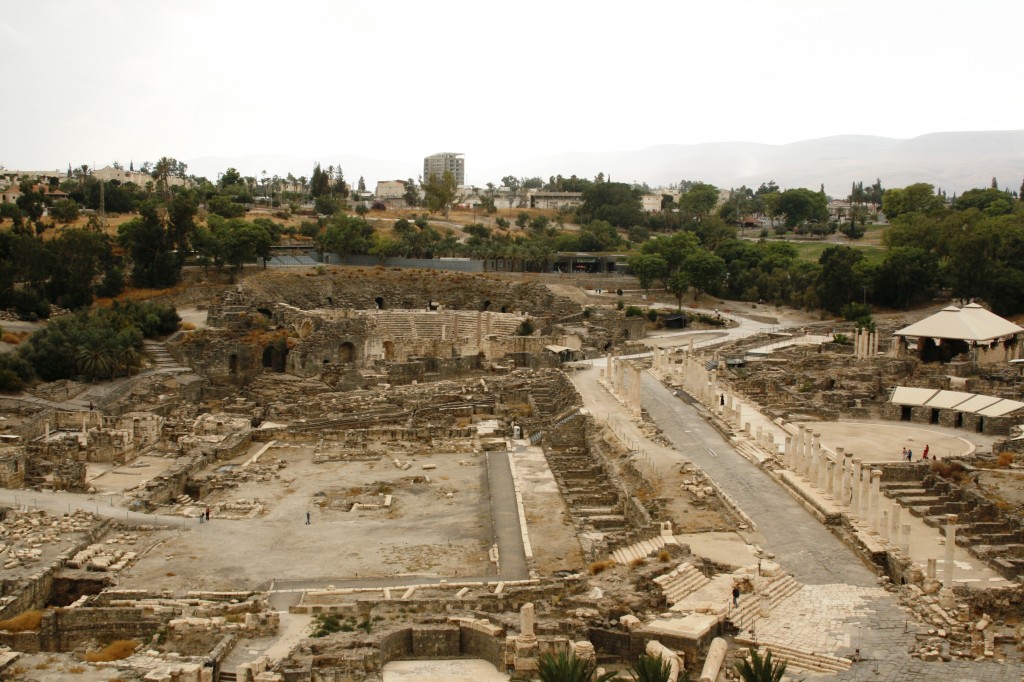 The view from atop the temple hill, with the theater in the distance 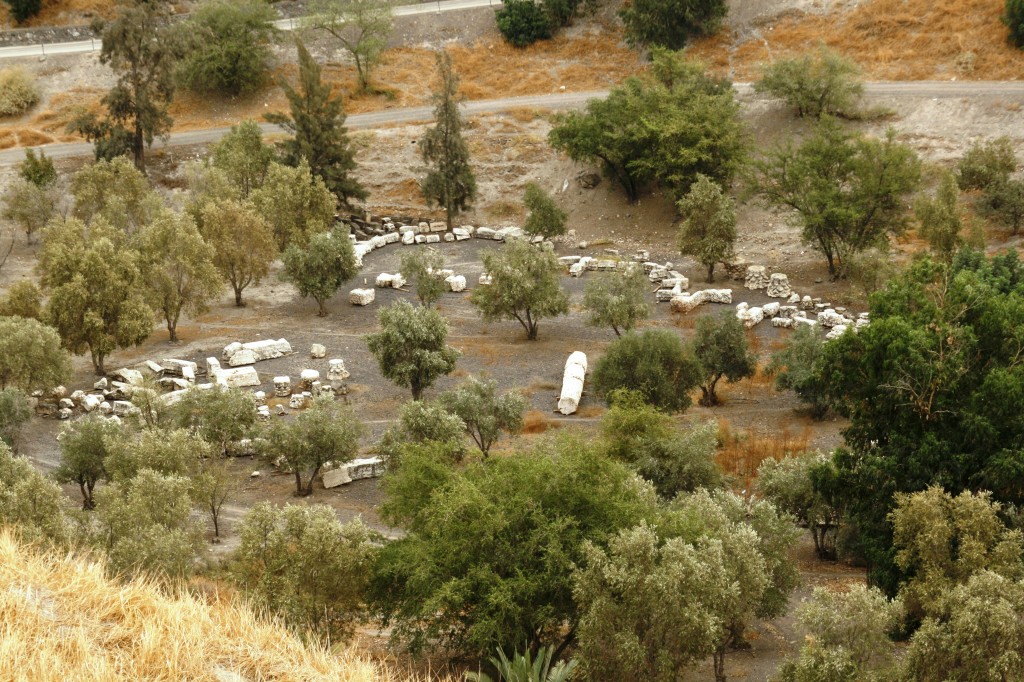 A shrine just outside the city in a grove of trees